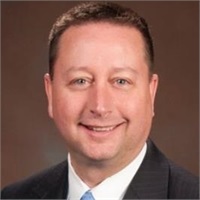 As a Senior Executive Vice President, Dan oversees advisor recruiting, training, and development in the Syracuse region. Before joining the firm in 2015, Dan was a part of Mutual of Omaha for over 20 years, first as an advisor, then being quickly promoted to sales manager, and then the General Manager.

Dan is a graduate of both Nazareth College and Alfred University. He is a Life Underwriter Training Council Fellow (LUTCF). Dan is a member of GAMA International and the Syracuse Association of Insurance and Financial Advisors (SAIFA). He is married to Lori with three sons - Josh, Pratt, and Parker. He loves watching his boys play football, basketball, and lacrosse for Fayetteville Manlius High School. He also enjoys playing golf and traveling.