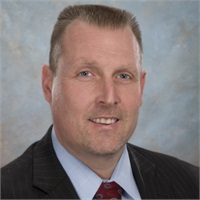 Since 1994, Sam has been an accomplished member of the financial services industry. He was promoted to management within two years of entering the industry. He joined New England Financial in 2002 and spent six years as a Managing Associate before being promoted to Assistant Managing Partner, which was quickly followed by a promotion to Managing Partner. In 2014, Sam became the Managing Partner for MetLife Premier Client Group of Upstate New York when they merged with New England Financial. When MPCG was acquired by MassMutual in July of 2016, Sam’s firm rebranded as Financial Partners of Upstate New York.

Sam is actively involved with the GAMA International Membership Committee and Foundation and is a top contributor to the GAMA Foundation for Education and Research. Sam and his agency have won several awards, including:

Raised in Boston, MA, Sam is a graduate of Canisius College, where he studied business and played football. He played semi-professional football for 12 years and he is currently a football coach with Pendleton Athletic Booster Association. Sam lives in Pendleton, NY with his wife Kristine and their three children Jasper, Victoria, and Sammy Lee.